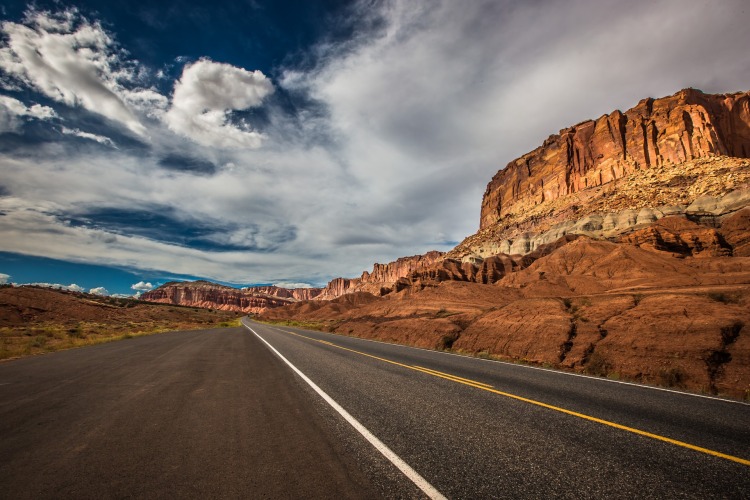 Rolling down a dusty highway, roof down, wind in your hair and a good Bruce Springsteen album blasting from the stereo – surely one of the most iconic travel experiences out there? Here at ItinerWord we are lucky enough to work with global partners, getting all kinds of requests when it comes to producing creative, original content marketing for our clients – including just about every bucket list escapade you could think of! So, to celebrate upcoming Emancipation Day, we decided to take a look at an iconic adventure for even the best-travelled, and what is still the only true way to see the United States properly; a USA road trip, of course!

Where to begin your USA road trip 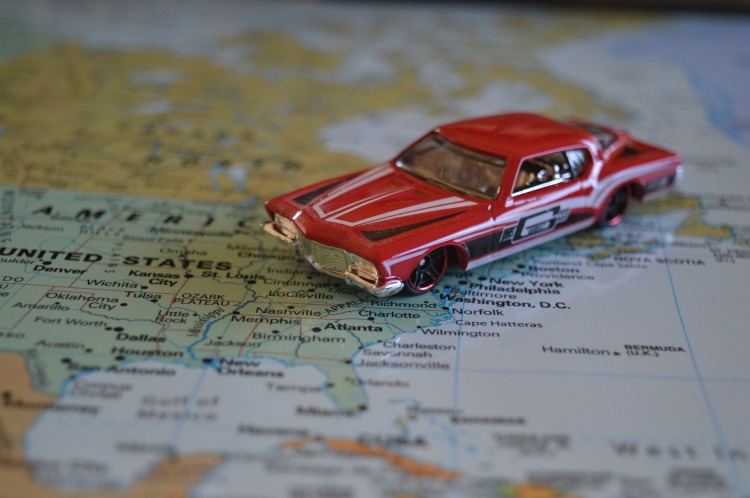 Working out exactly where to start a road trip in the USA is often the hardest part. This is a country of nearly 4 million square miles dissected by a network of over 4 million miles of road, connecting completely different states, national parks, mountains and desert, world-famous monuments, heavenly coastline and cities as varied as the laidback, hip San Francisco, to the urbane former powerhouse of industrious Detroit. For us, and we know the country very well, there is no such thing as the ‘best USA road trip route’, as America is so vast, so complex, multi-layered, beautiful and challenging in such a mix of different ways when you travel through it, that what ticks one person’s box may not tick another.

For some, there could be nothing more memorable than breezing through Monument Valley, learning of Native Indian culture and parking up to admire incredible sunsets each evening. While for others, the draw of the deep south, music in Louisiana, driving the Pacific Coast Highway, getting to grips with the so-called Rust Belt or losing oneself in the bright lights of New York, could also be top of the hit list. So then, when considering just where to begin any USA road trip, a good place to start is often by picking one or two must-see sites that your client just won’t want to miss, and build it up from there.

Ok, we know that every journey through the States is going to be personally tailored to suit each individual, whether driving inland from San Francisco to Utah, taking time out on the beach in Miami or jaunting between diverse national parks, no two trips will ever be the same. That said, it is worth considering some of the truly magical – and famous – driving roads here in the USA, for a little inspiration if nothing else! 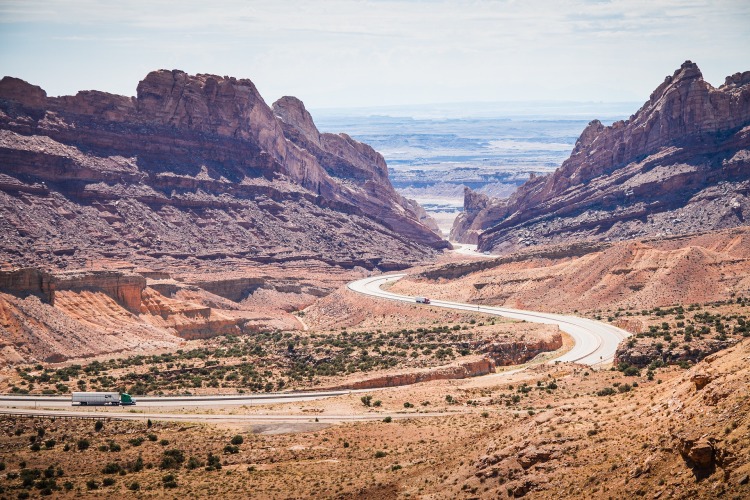 Even saying the words ‘Route 66’ conjures up all kinds of evocative images: perfectly straight roads heading off into the horizon; dusty motels and truck stops; plus a real-life snapshot of America’s rural areas, between Chicago and L.A. The history of Route 66 is actually what makes it so appealing to explore, and frankly so legendary too. Commissioned in the early 1920s, this road was built not to ferry people from A to B as quickly as possible, but instead connect up rural plantations, farms and smallholdings, enabling otherwise isolated areas access to larger hubs in and around Illinois, Missouri, and Kansas. To drive Route 66 today is to follow that zig-zag weave between what are now, sadly, largely neglected or abandoned towns, remnants of a once thriving set of agricultural and mining communities that have since been lost to the allure of bigger, modern-day cities. There’s also no shortage of big-hitting attractions on Route 66 too, such as Oklahoma City, Abraham Lincoln’s own home in Springfield, a detour to the Grand Canyon and even Las Vegas, to name just a few. Starting a journey in Chicago and heading west is an exciting prospect, and at least a couple of weeks should be pencilled into the diary from there if the traveller wants to see the best of Route 66, as the full road covers 2,400 miles all the way to the sunny streets of Santa Fe, Los Angeles. 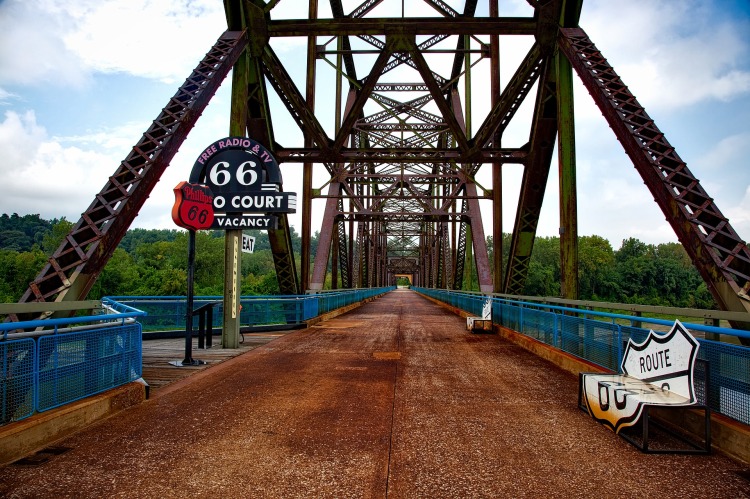 We are unashamedly joining the bandwagon in saying that California’s Pacific Coast Highway (connecting San Francisco with L.A.) is undoubtedly among the most scenic and interesting driving roads on earth. Not the most remote or intrepid – there’s no secluded jungle, unexpected viewpoints or hidden temples here – but when it comes to an out-and-out driving holiday with the aviators on, music up, and roar of a Dodge engine as you glide across smooth tarmac, the Pacific Coast Highway is certainly a tough one to beat! Driving from San Francisco down to San Diego is the best way to do it, as it means you’re always on the ocean side of the road, with highlights of the Pacific Coast Highway including Santa Barbara, San Jose and Santa Cruz; Big Sur; Carmel-by-the-sea; Monterey; the Garrapata State Park plus the beaches of Pfeiffer, Ventura and Malibu. 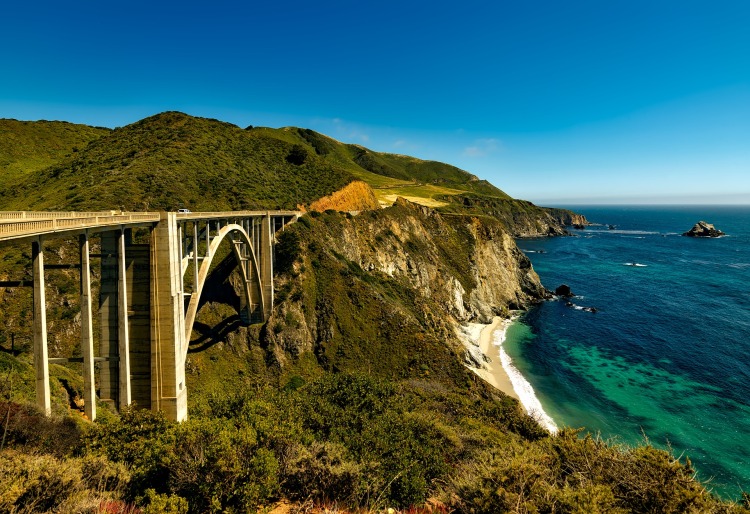 Linking the bottom of Shenandoah National Park with Great Smoky Mountains National Park, via the unmistakable Blue Ridge Mountains, this particular 500-mile route throws up no end of postcard-worthy views from start to finish, particularly in autumn when the trees provide a veritable kaleidoscope of colour. This is definitely a journey for big scenery and impressive landscapes, passing the James River; the museums and surrounding parklands of Roanoke; Rock Castle Gorge; rural North Carolina; Chateau Morrisette Winery; Mabry Mill and Apple Orchard Falls, plus plenty of walking trails, waterfalls and secluded spots throughout. 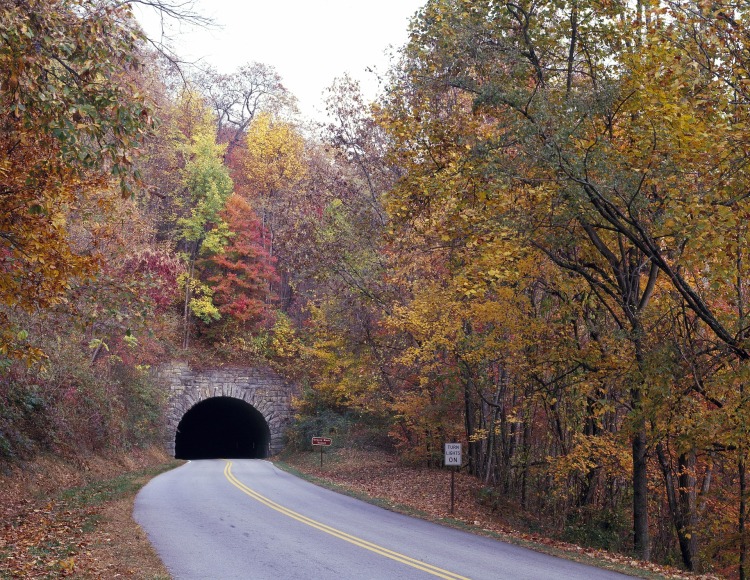 New York City, defacto ‘capital of the world’, is the iconic engine room of the USA, a mecca for business that’s also been depicted in countless films and famous TV series, the home of Broadway, boxing and several of America’s must-see sights – all in one vibrant place. There are so many things to do in New York that the city really does warrant a mini holiday in its own right, as days are easily spent taking in a show; enjoying hot dogs in Central Park; views from the Empire State Building; admiring the Statue of Liberty, Natural History Museum Exhibits or simply shopping in the boutiques of Fifth Avenue. This really is just the start, though once time in the Big Apple is up, head northeast to Cape Cod and Boston – not the longest of American road-trips at 200-300 miles (depending on how many diversions you take), but one that joins up two cosmopolitan and fun-filled cities, with plenty of attractions to break up the journey. They include Nantucket and Rhode Islands; coastal walks around Duck Harbour; Cahoon Hollow and Chatham Beach; waterfront guesthouses in Bristol; Yale University and a host of fine seafood restaurants at every step of the way. 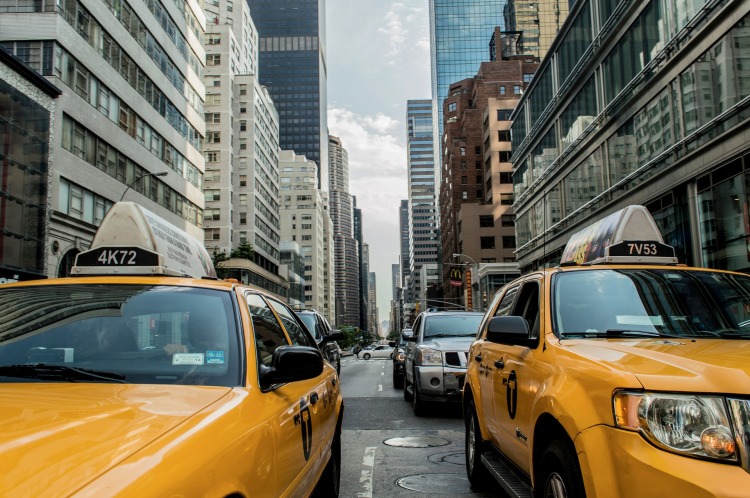 Chicago down to St Louis, on to Memphis, Clarksdale, Natchez on the Mississippi River and ultimately New Orleans, the home of jazz and a wider live music scene that never sleeps, offers one of the ultimate USA road trip experiences. It’s a long way, covering at least 1,000 miles through 6 states, plus more if looking to add in any extra day trips, though a real cross-section of cultures can be glimpsed from one stop to the next, with cotton plantations, diverse gastronomies, and occasionally troubled history to also uncover. There’s no getting away from the musical heritage to be found on this route either, and that’s before even arriving in New Orleans on the ‘Blues Highway’, with Memphis known for its love of rock n roll, blues being big in the Mississippi Delta and Elvis’s home of Graceland also featuring. 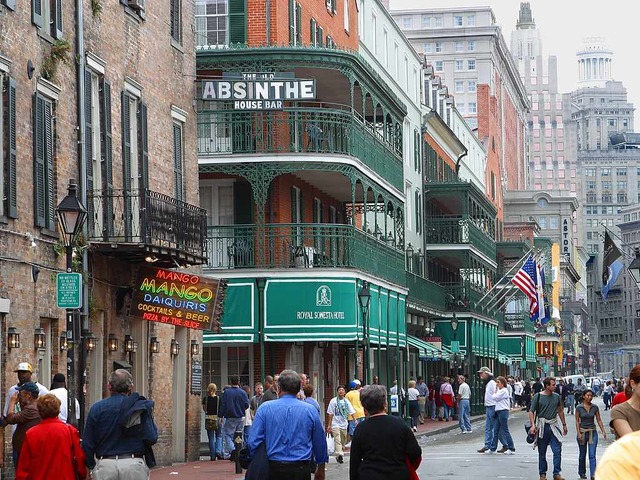 City highlights and distances on a USA road trip

Unsurprisingly, there are huge stretches of often uninhabited open road to explore across America, meaning your own drive of discovery can be as exhaustive or laidback as you see fit. Gas stations and motels line many of the more remote areas, and there’s often easy access to national parks, rivers and viewpoints between major stops. Then, some of the easy entry points (for international flights) and popular USA cities to start or finish an adventure include New York; Chicago; Boston; Washington D.C.; Las Vegas; San Francisco; Miami; L.A.; New Orleans; Seattle; Nashville; Detroit; San Antonio; Memphis and Atlanta. 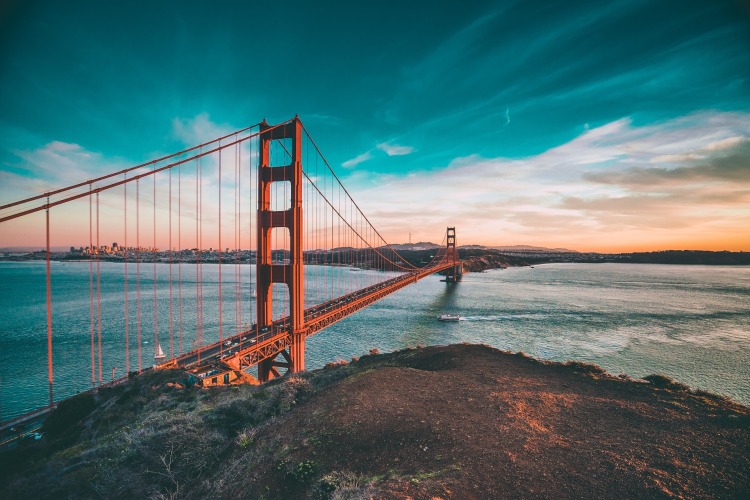 Natural wonders while on holiday in America

It’s easy to forget that America is also home to an extraordinary range of natural wonders and unmissable marvels of Mother Earth, which all make for a wonderful contrast between urban centres or long days spent on the highway. The national parks of Yosemite, Yellowstone, Zion, Bryce Canyon, Grand Teton, Glacier and Joshua Tree among are among them, as well as Grand and Antelope Canyons; Death and Monument Valley; Denali Preserve; Lake Tahoe; Redwood National and State Parks; the Everglades; Sequoia, and mile after mile of soft sandy beaches all around the country. 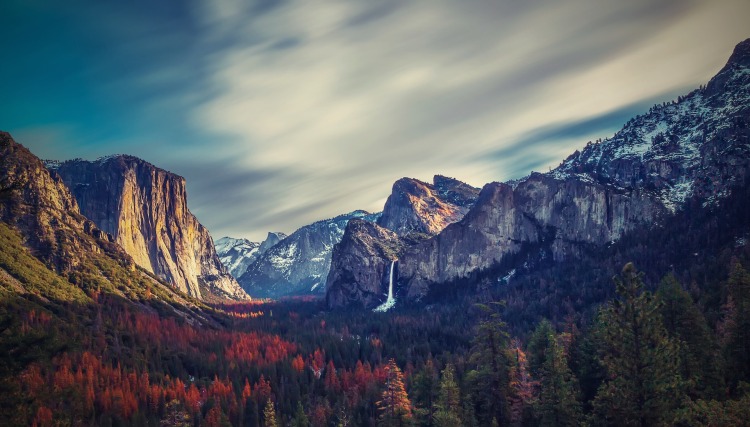 If not on a budget or travelling with children, then a Ford Mustang has to be the ultimate USA road trip vehicle! This untamed American muscle car is instantly recognisable and will eat up the tarmac with absolute joy, though big SUVs are also a good bet if looking for something super comfortable that can squeeze in the whole family. A Jeep would be ideal if hoping to go off-road (some of the national parks are not suitable for regular cars), perhaps a Porsche or Ferrari for certain sections, while classic Dodge vehicles are then great for shorter distances around built-up areas (to avoid the risk of breaking down in the middle of nowhere). Although in truth, all hire cars in America are modern, reliable, automatic and almost always come with cruise control, making life on the road nice and easy no matter which you choose. 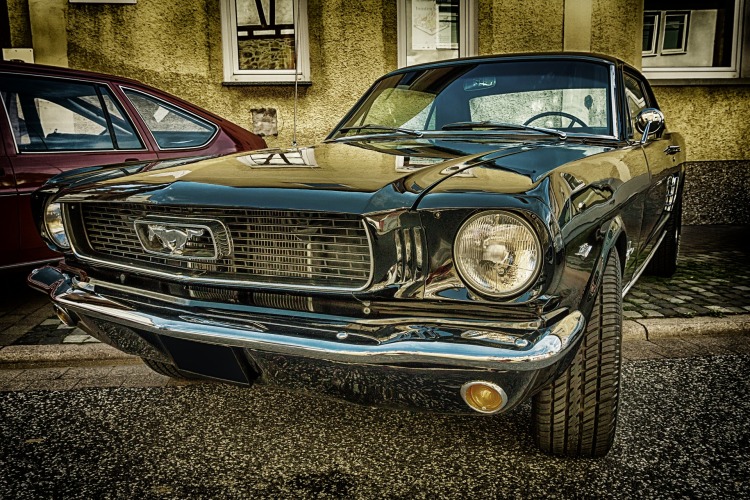